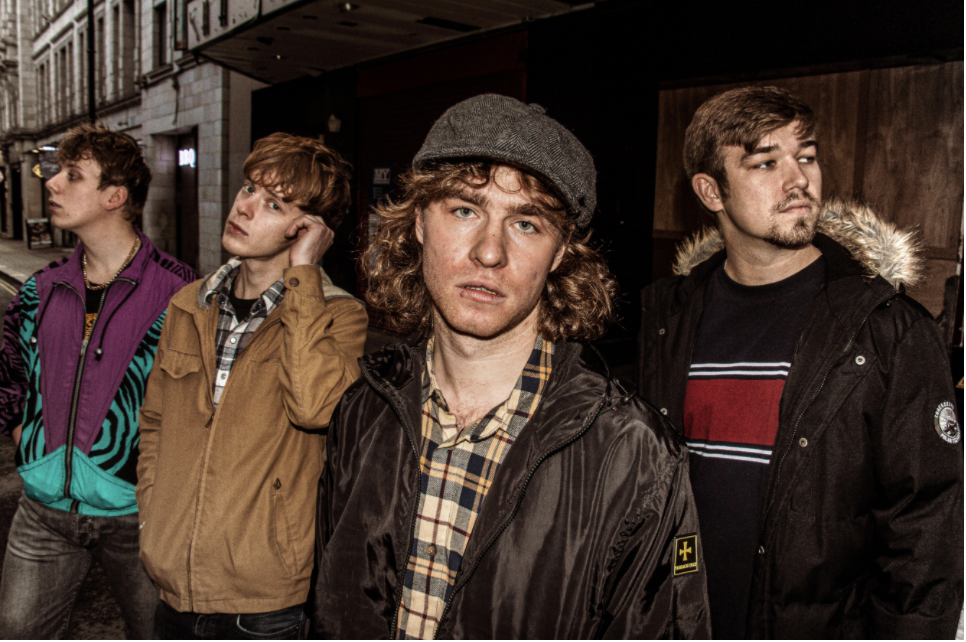 Zac Skinner doesn’t fuck about. At the age of 18 he left his home and his family in Basingstoke to move to London to be a musician.

“I didn’t have a clue what I was doing, just that I needed to do it”, the 26-year-old says from his home in Brentford. “I didn’t really have a guidebook or anything, I just wanted to work hard and play tunes and it seemed like the best thing to do would be to go to London and get amongst it, so I just got on the train with only a guitar in hand and hoped for the best.”

You can do the maths pretty easily. Eight years it’s been for Skinner trying to get things moving for himself. Multiple bands, managers, agents, tours. Releases, videos – so why hasn’t it happened for him yet?

“It’s taken me this long to pin down what it is that I want to do, who I really am. I would just record things and put them out, in the daytime I’d be working at Boots behind the counter, with my guitar upstairs in the locker room. Then I’d cycle to a park where I could write and play music for a few hours…why the park? I couldn’t play music in a shared flat so I needed to go somewhere, and I’d do some busking hoping to ‘get noticed.’ It all sounds mad now but I didn’t know what else to do. I was just trying my best.

I had a few different bandmates, including my brother (thus the name The Skinner Brothers) but I think it’s hard for many people to be as intense about this as I am, and we were just trying to survive – sometimes we had to turn down gigs and tours because we were just trying to pay the rent. We had managers, good people – we got to tour with The Libertines and others, but we just weren’t ready – I think we thought that going on tour meant behaving in that old rock and roll way, but that came back on us the hard way and we couldn’t quite get the focus or the momentum even though every so often we’d get a bit of exposure here or there. Man, we just weren’t fucking ready – I wasn’t fucking ready. I am now. I know what I want to do and I know what I do well.”

The releases so far have been eclectic musically and showed a bucket load of promise, but the last 18 months have seen Skinner really hone down the right people for the band and a couple of releases that have amped up the bands’ following. The band’s last live show in early 2020 sold out in 4 hours, 17,000+ followers on Instagram, over 1.7 million Spotify streams and all of this with literally no backing or support, just consistent grinding out of tunes and Skinner spending any non-writing time making sure he’s personally in touch with as many of the bands’ audience as possible.

In many ways, The Skinner Brothers are the perfect mix of new school, internet savvy musicians, and the old school, talented working class bunch of lads who will graft harder than anyone else and resonate with their audience because in so many ways, they are their audience.

“There’s not been a BAND for a while that can really talk to people and feel like you’re one of them, you know? Bands like Arctic Monkeys, Oasis, Libertines – they all had that thing and it’s missing right now from what’s out there. I’m certain that we can be that band.”

With stories about football culture, drugs, drink, sex and love – the Skinners have so many elements of the classic riotous, rebellion-tinged British band that every few years comes along and shakes things up, no matter where we are in culture at the time.

Pandemic has forced Skinner into writing overdrive, but the results have already borne fruit. A latest single “Away Days” pines for the days out at the match, and was the band’s fastest-rising and best-received song so far, while thrilling new songs that found their way to, coincidentally, The Streets Mike Skinner’s management, have led to a new focus, new management set up and a whole team around the band that can finally help launch them into the wider public consciousness.

A show at the legendary 100 Club in London is planned for March 2021 along with a prized slot in May on The Music’s reunion festival show in Leeds with the likes of The Cribs, The Coral and The Snuts.

New songs will start to roll out from December and from there the Skinner bandwagon should keep on just rolling.

“Yeah it’s taken us time, but we had to learn man. We want to be great, to make an actual difference, not just be any old band. Maybe it was supposed to be like this, nothing good comes easy. We’re ready man.”