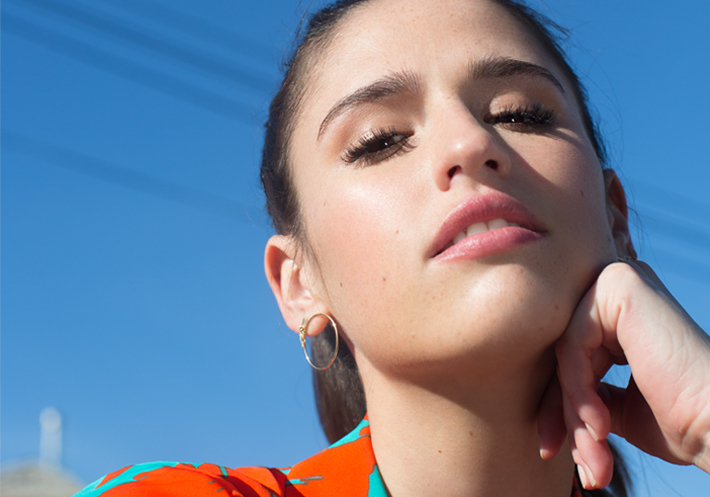 Leaving USC’s inaugural Popular Music program just one year before graduating, when Maroon 5’s Adam Levine offered to set up a label in order to sign her, California native – Rozzi – had written, recorded and released two EPs (Space and Time) before she was even 20 years old. With tracks that featured both Kendrick Lamar and Pusha T, she was on her way.

A whirlwind of national arena touring followed – not only with Maroon 5, but also with Gavin DeGraw, Kelly Clarkson, Sergio Mendes, Don Henley and Owl City, before she moved away from 222 Records to pursue what she felt was a more authentic musical path, where she had greater creative control over her destiny.

In January of 2018, Rozzi released the first single ‘Uphill Battle’ from her debut album Bad Together on Small Giant / Columbia Records.  Appearances on The Today Show, Jimmy Kimmel and The Talk quickly propelled her into the spotlight, while media outlets unanimously compared her to greats such as Aretha Franklin, Amy Winehouse and Adele (Teen Vogue, Rolling Stone, and Time Magazine). A second single ‘Never Over You’ followed, garnering significant airplay and establishing her as a soulful storyteller, whose tales of heartbreak and loss resonated with fans around the globe.

In 2019, Rozzi started work on new material that is now nearing completion and that she hopes will be out in the Spring of this year. Once again showcasing her powerhouse vocals, with contemporary production, Rozzi has written all of these new songs with a handful of longtime collaborators, recording them in Los Angeles, New York and now London.

No stranger to the worlds of TV and film, having had several songs placed in hit shows and movies, including Wet Hot American Summer, Sins of the Mothers, and Hunger Games, Rozzi recently featured on camera on Apple TV’s acclaimed new series ‘The Morning Show’, where she delivers a unique cover version of Radiohead’s ‘Creep’.

In May of 2020, Rozzi launched the podcast “Ugh! You’re So Good!” with her close friend, longtime collaborator, and Pentatonix member Scott Hoying. The two chat with twelve different masters of their unique crafts across twenty-six 20 minute episodes, giving a revealing look into what prompts creativity and makes them so good. Guests include Jonathan Van Ness, Christina Perri, Adam Rippon, Betty Who, and more. The podcast garnered immediate acclaim and rose to the #1 spot on Apple Podcasts’ Music Interviews chart.