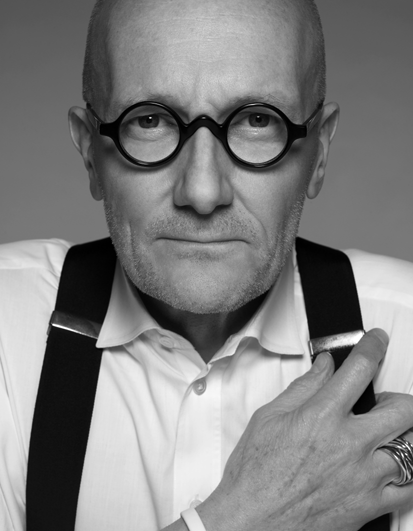 Unusually, Ray Cooper’s illustrious career spans not only music, where he has both performance and production credits to his name, but also film, television and theatre.

A true Renaissance man, Cooper studied at the Royal Academy of Music in London (where he has been a Fellow since 2003), and spent his early working years as an orchestral percussionist under the baton of some of the most significant conductors of the day, including Sir John Barbirolli and Carlo Maria Giulini.  In the years that followed he played at many of the foremost jazz venues in the world alongside pioneers such as Cleo Laine, Johnny Dankworth and Maynard Ferguson.

Renowned for his unique and signature exuberance on stage, throughout his career Cooper has seamlessly bridged the divide between classical, jazz and contemporary music, introducing both ethnic, orchestral and tuned percussion instruments, into the pantheon of pop, where he has made an enduring mark on both the stage and recorded performances of many of the world’s most successful artists.  Amongst them: Elton John (with whom he has completed three two-man world tours, as well as other residencies and world tours), The Rolling Stones, Eric Clapton, Sting, INXS, Harry Nilsson, Rod Stewart, Ravi Shankar, Bryan Ferry, Quincy Jones, Paul McCartney, John Lennon, Ringo Starr and George Harrison, to name but a few.

In 1979 Cooper was invited by his close friend and colleague George Harrison to start Handmade Films, where he remained at the helm, as Head of Development and Production for just over a decade.  During this seminal period he developed and oversaw the creation of 23 films, including some of the most iconic productions to come out of Britain during that time.  Amongst them: Mona Lisa, The Long Good Friday, Time Bandits, Withnail and I, and A Private Function.

In the years that have followed, as producer, composer, musician, actor and friend, Ray has worked on each and every one of Terry Gilliam’s feature films: from Time Bandits, Brazil, The Adventures of Baron Munchausen, Twelve Monkeys, and The Fisher King, to Fear and Loathing in Las Vegas, The Imaginarium of Doctor Parnassus, Zero Theorem and The Man Who Killed Don Quixote.  Outside his work with Terry, he also more recently produced A Little Chaos, directed by Alan Rickman and starring Kate Winslet; and the BBC Television award-winning 6-part series Billy Connolly’s World Tour of Scotland.

Now also a Grammy winner (for his production of The Concert for George), Cooper’s career has been rich in diversity.  Often referred to as the ‘father of rock and roll percussion’, his work has taken him all over the world, performing to literally millions of people.  With close collaborator Elton John, on their 1979 two-man world tour, they became the first contemporary Western artists to play in what was then the Soviet Union.  With shows in Moscow and Leningrad, a film was made of this event that enjoyed a theatrical release shortly thereafter.  15 years later, Ray redesigned the show and the two of them embarked on another lengthy series of dates, to benefit Elton’s AIDS Foundation, which played to tremendous critical acclaim.  Within that run, Cooper produced a film of their concert at the Greek Theatre in Los Angeles for Disney, which not only aired repeatedly on the channel in the U.S. but also became the company’s programming showcase in Europe.

Cooper spent the bulk of 2019 performing with Elton John on his Farewell Yellow Brick Road tour, playing to millions of people in the US and Europe.