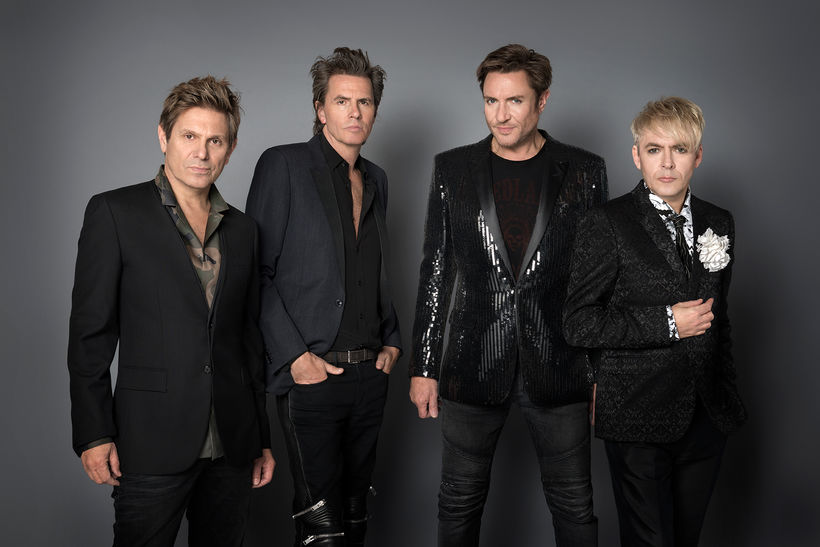 Duran Duran’s most recent studio album, Paper Gods, is the iconic British band’s highest-charting release in 22 years, and their fourteenth full-length record in a storied career that has spanned three-plus decades. The stats on Duran Duran are remarkable: a total of more than 100 million records sold, 18 American hit singles, 30 UK Top 20 tunes, and a global presence that guarantees them huge concert audiences on five continents. More remarkable still is the way the band — singer Simon Le Bon, keyboardist Nick Rhodes, bassist John Taylor, and drummer Roger Taylor — have been able to fuse pop music, art, technology, and fashion, with a sense of style and confidence that have made them a unique and unstoppable force.  On their latest album, Paper Gods, they collaborated with producers Mark Ronson, Nile Rodgers, Josh Blair, and Mr Hudson, as well as Janelle Monáe, John Frusciante, Kiesza, Jonas Bjerre, and Lindsay Lohan.  In the live arena they have been joined on stage by a host of contemporary superstars, from Brandon Flowers, Billy Corgan, and Kelis, to Gerard Way, Beth Ditto, and DJ Steve Aoki, to name a few. The band continue their world tour in support of the critically acclaimed Paper Gods, with stops at the Hollywood Bowl in Los Angeles and The O2 in London, among other celebrated venues.