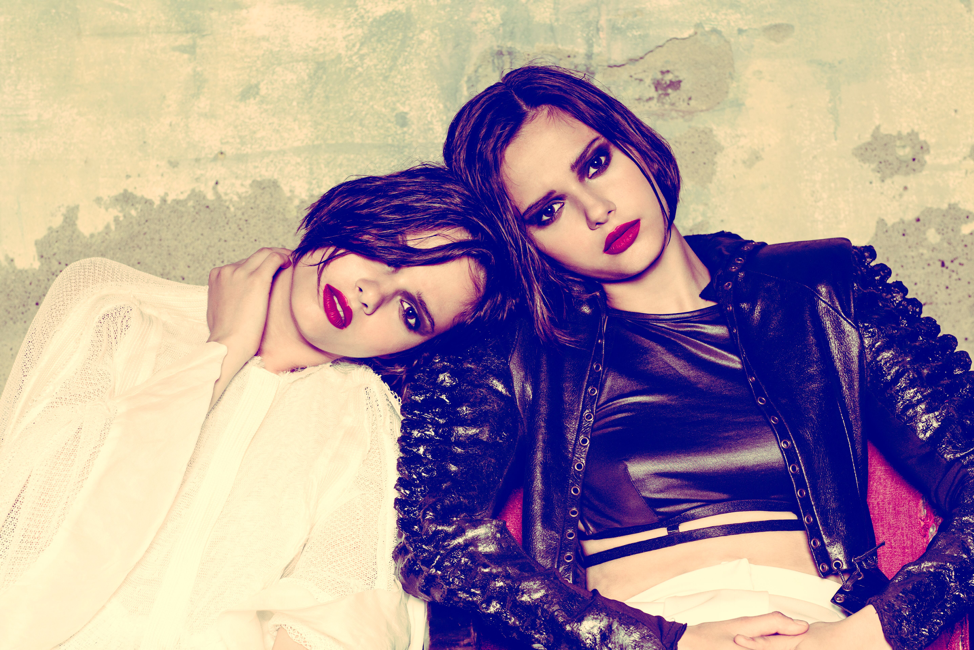 London-based Bloom Twins uploaded their first track to YouTube —‘Fahrenheit’ – in June of 2013, at the age of just 17. Now 23, they are taking the worlds of music, fashion and film by storm. Classically-trained multi-instrumentalists Sonya and Anna Kuprienko have already written and released a string of dark, intoxicating songs, performed to thousands around the world, garnered significant press coverage, starred in their first movie, and appeared in innumerable fashion campaigns.

With profile pieces in a wide range of magazines, from Wonderland and Vogue, to Numero and ID, these identical Ukranian twins have already made their mark in Europe and the Far East – where they have toured extensively with a number of high-profile artists including Eels, LP, Duran Duran, and Nile Rodgers – in addition to headlining their own shows and festival dates. They have also performed at several high profile Fashion Week events, including Dior and the Tommy Hilfiger x Zendaya launch. In June 2019 Bloom Twins made their US debut, performing at the prestigious TED conference in NYC.

In the past few years the girls have been featured as MTV Iggy’s Artists of the Week, performed on BBC Newsnight, secured broadsheet coverage in most of the UK’s leading newspapers, and for the last two years have been included in Unicef’s Imagine campaign, alongside the likes of Katy Perry and will.i.am.

Their 2018 single ”Talk To Me” addressed the urgent need for a more open conversation around mental health issues. The video won Best Music Video at the Festigious Film Festival, Best D.O.P at the International Music Video Underground Awards and an Honorable Mention at Los Angeles Film Awards — as well as being shortlisted for various other awards.

Their latest single “Love Me Right Now” premiered on Hunger TV and has been selected by jewelry giant Pandora for an ongoing global online campaign, which Bloom Twins also star in. The campaign launched in July and will run for six months.

At the 2018 Cannes Lions International Festival of Creativity, Bloom Twins joined will.i.am for an innovative 360-degree video shoot and have recently been singled out by the BBC as “game changers” of social media alongside Kylie Jenner and Natasha Ndlovu.

Most recently, the twins landed starring roles in In2ruders—a horror film that is currently doing the festival circuit to much acclaim. The soundtrack and the video will be released on Oct. 11 2019.